Max was my 16-year-old miniature schnauzer that I found on Craigslist. When he entered my life, he was 7 years old. The story that the “free to a good home” family gave me was that their teenage daughter had a baby, and having a dog was too much for them.

I went to meet Max the same night I found the ad, with no intention of taking him home until I discussed it with my husband. When Max walked into the room, he didn’t take interest in anything.  He didn’t care that there was a stranger in his quarters. He didn’t acknowledge his “family”.

My immediate thought was that he wasn’t living, he was just existing.

His human told me that she wanted me to take him that night. He was pitiful, and he broke my heart, I couldn’t refuse.

She gave me his crate and all his paperwork. Later that night as I read through his paperwork, I was surprised to find that he was a champion sired puppy from Blythewood Kennels. There were also sporadic records of problems with his ears. His former owner did tell me that he had a history of ear infections. What I didn’t know was how severe they had been.

The first vet visit marked a healthy dog with exception to his ears. He would often shake his head; when you would touch his ears, he would grimace. Tests revealed a medicine resistant bacteria and also E.coli infection in his ear canals. After several months of trying to find a cure for the infections, it was finally recommended that we see a specialist to discuss a procedure called a TECA (total ear canal ablation).  This dog that had only been in our lives for a few months was starting to cost us a pretty penny.

Through all the ear cleanings, ointments, pills, and general discomfort, Max was extremely calm and accepting. He let me touch and massage his sore ears. When something did hurt him, he would let me know with an almost inaudible whine. He never showed his teeth or snapped at me.

After his TECA procedure and the healing that went along with it, Max really came out of his shell. He was now alive! He ran, he played with toys, he looked for us and wanted to be with us. It was like we gave him a new lease on life and he grabbed it with both paws. We were told that he would only be able to hear loud sounds like clapping or vibrations (like a large truck rolling by). It was a learning curve, but we all adjusted.

Fast forward to 2018. Max really slowed down. He had some major unknown health issues in February. He was vomiting and losing weight. He ended up being admitted to the vet’s office for a week to monitor him and to re-hydrate him. When we picked him up, they gave us the terrible news that he wasn’t any better, in fact, he was worse. They estimated he had up to 2 weeks left in his condition. I took him home that night and for the whole weekend I held him and spent time with him. At this point we were giving him anything he would eat. Two weeks passed, then 3. Around 4 weeks we had a scare with stomach bloat. Our boy pulled through that, even the vets were baffled. He was an amazing fighter.

In December of 2018 Max was still with us but he no longer ran or played. He needed to be carried up and down the stairs. He lost his balance when he eliminated and was restless all night long. He looked lost a lot. . . I knew the time was coming and I began to prepare myself.  He was no longer living, just existing.

On January 18th 2019, we gave our sweet, little gentleman one final act of love. Not a day has gone by since that I don’t think of him and miss him. I’m grateful I had the opportunity to help him live again even if it wasn’t as long as I had hoped for.

Thanks to Amy Dietrich, a blogger at woofster.net for sharing this personal story.  Amy is passionate about all things dogs. She is a strong supporter of several Schnauzer rescue organizations.. 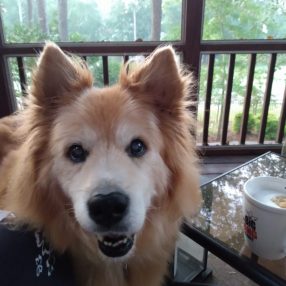 Enrichment Creates the Bond of a Lifetime: One Dog’s Journey Using His Eyes, Ears, Nose, Paws and Tongue 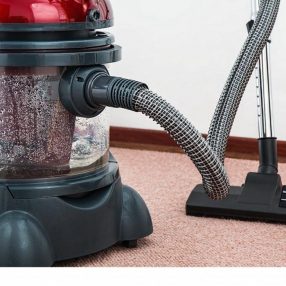 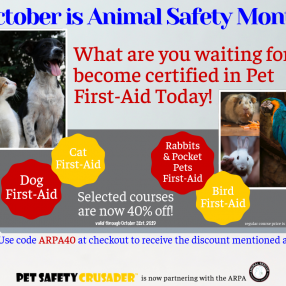 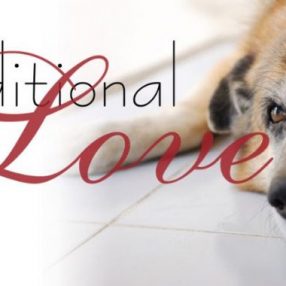 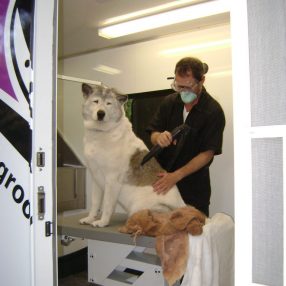 How Can I Be a Mobile Dog Groomer? 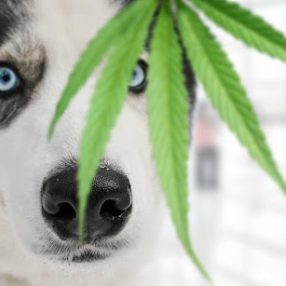 The Effects of CBD on Pets 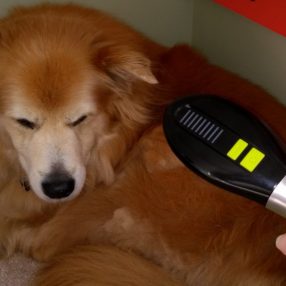 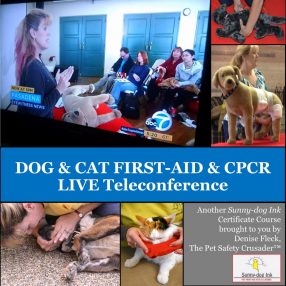 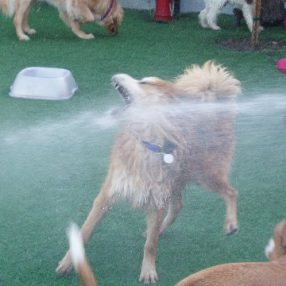 How Can I Be a Mobile Dog Groomer?

The Effects of CBD on Pets