For our first wedding anniversary, my husband and I “became a family” by adopting a dog from the local animal shelter. As we passed Cage #31, a yellow dog with a tail wagging faster than an out-of-control windshield wiper was pressing the side of her face against the metal rungs eagerly trying to be noticed. Her gentle cry and soft brown eyes drew us in while her excitement for life won us over the moment we approached her. We stood there wondering how such a loving canine could have ended up in such a predicament — it was her last day at the shelter before being euthanized. 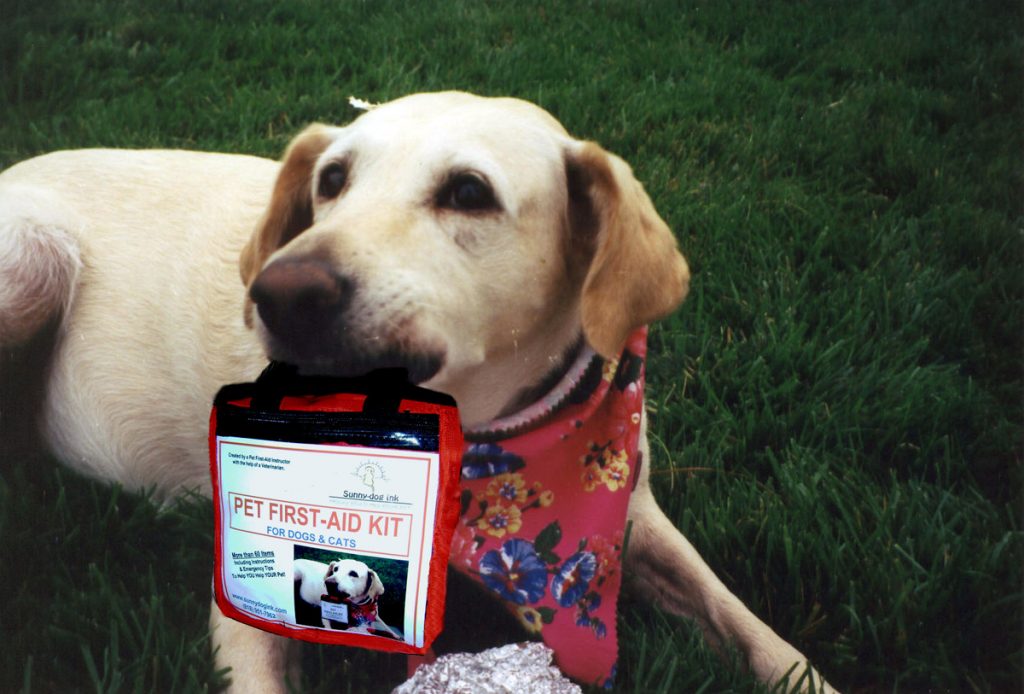 We adopted that yellow Labrador Retriever, named her “Sunny” for her color and disposition, and she quickly became the sunshine of our lives. Sunny went everywhere with us, and we’d regularly treat her to mornings at the local dog park followed by breakfast at one of her favorite outdoor cafes. Together we participated in dog walks raising money for less fortunate animals, explored the local hillsides and vacationed at dog-friendly locales, but mostly…we just lived our lives grateful we had been brought together. All our friends knew “The Sunny-dog” (as we affectionately called her), and she loved everyone.

The morning of February 14, 1997 began a harrowing day for Sunny. Waking on her bed next to ours, our precious girl was unable to move and was in agonizing pain. We sat on the floor petting and trying to comfort her as she began to tremble — hoping beyond hope that someone would come into the Veterinarians office extra early that morning and return our call. For the most easy-going of Labs who never complained about anything, every movement, no matter how slight, seemed to cause Sunny great distress. As the morning progressed, we tried to coax her outside, and she seemed willing but quickly alerted us that something was seriously wrong. As she got up and frantically dashed for the outdoors, Sunny let out a blood-curdling scream that echoed through the canyons around our home. She answered natures call and then collapsed on the ground. Our hearts broke in two.

Although we didn’t know what was wrong, we deduced some sort of back or neck injury had befallen our furry child, and we feared picking her up could make it worse, especially since we lived in the hills several hundred feet uphill from our car. So we waited for a Veterinary Technician to come to our house, put Sunny on a stretcher and quickly get her the medical care she so desperately needed.

In the midst of this great distress, I will never forget the concern exhibited by our doggie friend and neighbor Pooches. It was as touching a moment as I have ever experienced and proved beyond the shadow of a doubt that humans are not the only life form to possess emotions (as if I ever doubted it). The Vet Tech was strapping Sunny to the stretcher while I stroked her head trying to reassure her that all would be okay. Pooches wandered into our yard through the open gate and with such a look of concern in her graying face, licked Sunny’s cheek. She then nudged Sunny’s ear several times with her nose to comfort her and whimpered a gentle sigh. As we lifted the stretcher, the small black dog stood back to clear the way and then let out a sharp and forceful bark addressed to Sunny as if to say, “Don’t worry pal. You’ll be alright, and I’ll keep watch until you get back.” Pooches paced self-confidently back and forth at the top of the hillside as we carried the ailing Sunny-dog down the long and winding steps.

Numerous tests, including blood analysis, x-rays and an MRI scan revealed the existence of several spinal disc deformities, apparently present from birth but that had chose this morning to rear their ugly heads and cause our dog such pain. After 3 hours of surgery in which three discs were removed from her spine, Sunny’s prognosis was deemed excellent. For quite sometime after her surgery our Sunny returned to her refrigerator-opening self (anyone who has ever had a Labrador Retriever knows they love to eat and will do anything to get an extra meal) and continued to heal with Pooches often by her side. Sunny once again would stomp her paws for her 4 o’clock “crunchies,” do a backwards “bunny-hop” when her daddy arrived home from work and would find pleasure in laying belly-up on the deck during the sunny parts of the day.

Six months into her recuperative efforts, The Sunny-dog suffered a set-back. One day she lost the ability to use her right leg. On our hardwood floors it would slip out from under her causing her to collapse. She didn’t appear to be in pain, but obviously something was again wrong. More defective discs (spondylosis) were discovered, this time pressing dangerously against nerve endings in her upper back. According to her veterinary surgeon, the herniated discs were just too close to her spinal cord to remove without the risk of paralysis and that a regimen of medication and limited activity would be best. So we took his advice and explored other options to keep our doggie as comfortable as possible. As the months progressed our Sunny-girl had some super good days where she’d be a bouncy and playful puppy (even at age 10) and then some bad days where she was noticeably in pain. Through it all, we were amazed by her happy-go-lucky attitude. A lesson us humans should duly note. It was as if Sunny was thinking, “Don’t worry Mommy & Daddy. I’ll be okay. I’m just happy to be here with you!” And we were thrilled to have Sunny as a part of our family until April 30th, 2000 when she lost her battle with Cancer.

Sunny’s misfortunes compelled me to learn whatever I could should I again face a difficult situation with a pet or other animal. Shortly following Sunny’s spinal incident, when I learned there was such a thing as PET FIRST AID & CPR, I jumped on the bandwagon and changed my direction in life. Leaving my job as a Publicist at a Movie Studio, I yearned to do something that could make a difference and have been rewarded a hundred times over by the animals who have come into my life, and the people…who after taking my classes, have been able to help their pets! Sunny lives on in the work I do and in the animals and their people whom I’ve been lucky enough to help.