A little more than two years ago, Dominick, a Rottweiler-Shepherd mix, who was close to a decade old, started pacing, and could not get comfortable.  His mom, Tammy, a professional pet sitter and devoted dog mom, noticed his normal hourglass shape was quickly disappearing as his stomach got larger and larger.  She also could hear a rumbling noise coming from his gut, so she called her vet and was advised to get to the clinic with Dominick at once.  They arrived 15 minutes later, and x-rays revealed a considerable amount of gas had built-up in Dominick’s stomach which had already begun to twist, but thanks to his quick-thinking mom, Dominick survived this ordeal!

Veterinarians refer to Bloat as “the mother of all emergencies” since it can come on suddenly and, if left untreated for only a short time (tens of minutes to a few hours), can become a death sentence for a dog.  A two-part disorder, gastric dilatation refers to the expansion of the stomach due to the presence of food and/or gas, while volvulus dilitation occurs when the distended stomach begins to twist, cutting off the blood supply and causing tissue to die off. The enlarged stomach may then create pressure on the blood vessels that carry blood back to the heart.  Circulation slows, causing cardiac arrhythmia, sending the dog into shock and often, death.

Once the stomach has torsioned (twisted), immediate veterinary care is the dog’s best chance for survival:

Meal Time:  Slow down dogs with voracious appetites by feeding several small meals daily, feeding in specialized bowls with compartments or grooves that make it necessary for them to pace their consumption.  Dogs fed canned/wet food or lean table scraps have a lower incidence of bloat, so mix a little into the kibble as part of their diet.  Dogs who eat one large meal tend to weigh down the stomach stretching out their hepatogastric ligament whose purpose is to keep the stomach in its proper position.

Exercise:  After a meal, a casual stroll on-leash is advisable to help digestion, but NO running, swimming, chasing a ball or other intense activities for two hours after eating or one hour prior.

Genetics & Body Weight:  Knowing a dog’s family history is key, since dogs with a parent or sibling who have bloated are 60% more likely to themselves.  Additionally, large deep-chested breeds are more prone to bloat while studies show that thinner dogs too are at greater risk.  While no one is advocating obesity in your canine pal, a little ‘meat on the bones’ (aka fat) takes up space in the abdomen allowing less room for the stomach to move around.

Stress:  Dogs with fearful and nervous personalities have a higher incidence of bloat than their calm and relaxed counterparts. In households with multiple pets, feeding the bloat-prone dog separately may prevent him from gulping out of worry that his food may be snagged by his housemate.  Also, hiring a professional pet sitter instead of boarding a dog, might be just what the doctor ordered to keep Fido stress-free when mom or dad can’t be there!

Preventive Surgery:  Dr. Rachel Barrack, DVM, CVA, CVCH and founder of Animal Acupuncture in NYC explains, “For large barrel chested breeds, I advocate a prophylactic gastropexy, a surgical procedure which tacks the stomach to the body wall in order to prevent the stomach from having the ability to flip.  This procedure can be done at the same time as spaying or neutering your pup.  Speak to your primary care veterinarian to determine if this is right for your dog.”

There are several kinds of gastropexy surgery. Securing the bottom of the stomach to the right side of the body so it cannot rotate during an episode of bloat is the goal of each, but slightly different methods are used to accomplish it.  I was unable to find studies that compare the effectiveness of the varying types of gastropexy, but the consensus is that there is not a huge difference between them. Most veterinarians have their own preference and feel more adept at one over another due to experience.

Incisional gastropexy is when the bottom of the stomach (the antrum) is sutured to the body wall with just a few sutures until an adhesion forms.

Belt-loop gastropexy weaves a stomach flap through the abdominal wall, which is relatively quick, but requires a bi more skill than does an incisional gastropexy.

Circumcostal gastropexy wraps a flap from the stomach around the last rib on the right side and then secures it to the stomach wall.  Surgeons proficient in this approach feel the rib is a stronger, more secure anchor for the stomach. This type of gastropexy obviously requires more time and skill.  Potential risks include fractures to the rib and pneumothorax, which could result in air leaking into the space between the lung and chest wall.

Regardless of the chosen technique, gastropexies are now being performed with minimally invasive approaches (i.e. laparoscopy and endoscopy), which lessen the duration of anesthesia, surgery and recovery. Through the use of remote cameras to “see” the surgical area, the laparoscopic technique  makes use of an incision through the pet’s navel to allow the surgeon to observe the position of the stomach and make any alterations needed.  Complications are infrequent, especially when performed on young, healthy dogs undergoing the surgery prophylactically, often at the same time as they are spayed or neutered.  Obviously though, the decision should be based on whether the dog is at risk of bloat before deciding on a procedure.  A Great Dane’s parent has greater cause to consider a gastropexy than a Shih-Tzu’s mom or dad, since bloat rates are not as comparably high.

NOTE:  In the beginning stages, the dog may still be able to defecate but later on will be unable to as organs below the stomach will have shut down due to lack of blood supply and oxygen.

Remain calm and get to the Veterinarian ASAP.  This is a life-threatening condition that will not correct itself and time is of the essence – death can occur in minutes!

Guinea pigs are unable to pass any gas produced in the intestines, so if a piggy’s belly appears swollen or distended, it may be a sign of bloat if accompanied by weakness, loss of appetite, heaving breathing, restless movements and/or constipation.  This gas build-up can be very painful and potentially fatal so immediate veterinarian care is a must! To prevent Guinea Pig Bloat, the following foods should be consumed in very limited quantities:  bok choy, broccoli, cabbage, cauliflower, collard greens, peppers and radicchio.  Hay and other high-fiber roughage along with fresh water can help reduce gas along with a little pineapple on the side to aid digestion.

According to Dr. Barrack, “Colic in horses is not the same as bloat in dogs.  It is defined as abdominal pain and can encompass many causes:

Some cases resolve with medical management, others require surgery, and others can be fatal.  Therefore, like in dogs, horses showing symptoms of abdominal pain should be considered a medical emergency that necessitates immediate veterinary care.

Keep the horse walking until the vet arrives however, if he is acting aggressively due to pain, keep at a distance.  Laying down is okay as long as the animal doesn’t roll, although it isn’t conclusive that rolling does twist the bowel.

Upon arrival, the veterinarian will perform a through physical examination including a rectal exam to palpate the gastrointestinal tract and determine the best course of treatment.  He or she may also perform a abdominocentesis (belly tap) to analyze abdominal fluid for further diagnostics.  Regardless of treatment plan, pain relievers will be administered and a nasogastric tube will be inserted to relive some discomfort before proceeding further.  Intravenous fluids will likely also be administered to prevent dehydration.

TUNE IN THURSDAY 12/5 at 3pm EASTERN FOR MY LIVE DISCUSSION ON THIS TOPIC AT www.Facebook.com/SunnydogInk 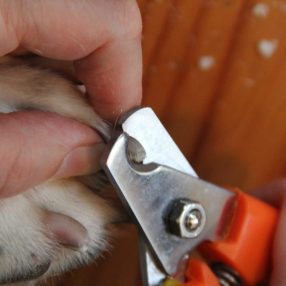 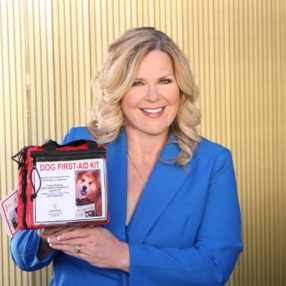 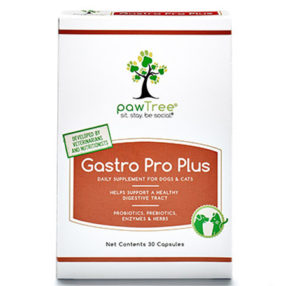 TUMMY TROUBLES? Gastro Pro Plus to the Rescue 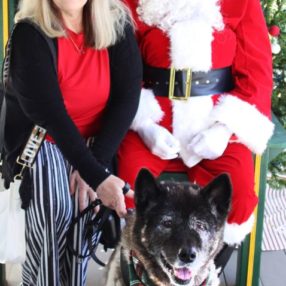 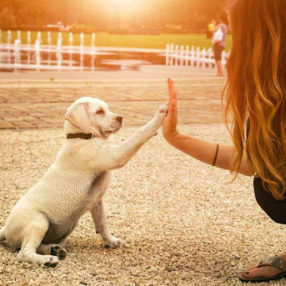 Dog Sitting Services: Solutions to Help You & Your Dog During the Holidays

TUMMY TROUBLES? Gastro Pro Plus to the Rescue

Dog Sitting Services: Solutions to Help You & Your Dog During the Holidays