WHY EVERY DAY SHOULD BE CHIP YOUR PET DAY

Santa Clarita, California resident Joyce Culberhouse received a Christmas miracle…a call she had been waiting almost four years to receive!  “We never stopped looking. She is our baby!” she explained after holding her Shih Tzu Shawnee in her arms for the first time in 44 months.  Shawnee was stolen in April 2015 from the Culberhouse’s former home in Castaic.  They hired pet detectives, search dogs, plastered posters and fliers everywhere they could, and even hung a banner across the 5 Freeway!  She and husband Randy kept in touch with their pet’s microchip company, created a “Bring Shawnee Home” Facebook page and mailed letters to countless shelters.  Then out-of-the-blue, a man and his dog found Shawnee last Christmas Eve, walking the streets alone. He took the dog home since vet offices were closed for the holiday, put a red collar on Shawnee and shared Christmas with her and his own pooch.  The next day, he took Shawnee to the local vet clinic and a microchip was detected and connected the estranged dog to her family!  Sadly, it was discovered that the couple who had Shawnee, although they flaunted a lavish lifestyle on social media, abused the sweet dog.  Shawnee needed medical attention and spent the next few weeks seeing a variety of vets. Teeth had been knocked clear out of her mouth. Others were smashed, broken and needed surgical removal, but…thanks to a microchip, that nightmare is now over and Shawnee is home — safe, protected and loved!

A microchip is a tiny electronic chip encased in a glass cylinder – a bit larger than a grain of rice – that often reunites pets and their people. According to Home Again®, their microchips have returned more than 2 million lost pets, and there are other chip companies also making happy reunions!

Microchips do not use batteries or have any moving parts and are composed of biocompatible materials that will not degenerate.  Once in place, they can last a pet’s lifetime as nothing wears out or needs to be replaced. It is good pet parenting however, to have your pet scanned at his annual vet visit to give you peace of mind that the microchip is working properly and that the information you have provided is correct.  Additionally, some chips migrate in the body over time while others have patented technology to ensure the chip stays where it is implanted.

Microchips operate on radio waves activated when a scanner is passed over them.  The chip transmits to the scanner, via a visual display, an identification number unique to your pet. If you have done your homework registering the chip with the company and providing them your up-to-date contact information, that info will show up in the data base when matched with the ID number displayed on the scanner.  There currently is not a central database in the United States for registering microchips, but the good news is that the scanner’s visual display shows the name of the microchip manufacturer along with the ID number when read! In 2009 however, the American Animal Hospital Association (AAHA) launched a website to assist in identifying a chip’s manufacturer. By going to www.PetMicrochipLookUp.org and inputting a microchip ID, you may be one step closer to finding the manufacturer and therefore…the database with the pet’s information.

Microchips come preloaded in a sterile applicator (hypodermic needle) that is injected under the loose skin between a dog or cat’s shoulder blades.  This is typically done at a veterinary office or animal shelter.  Some pets will let out a squeal while for others, it is no more painful than receiving a vaccine or other injection.  No surgery or anesthesia required, so the implant can take place during a routine veterinary visit however, many times, chips are inserted when a dog or cat may already be under anesthesia, such as for a spay or neuter.

Currently, microchips that are used on the family dog or cat only contain identification numbers. When scanned, the ID number is looked up in the microchip company’s data base to gather the owner’s name, address, phone and email.  If an animal goes missing, a microchip cannot track your pet.  It is not a GPS device.  In the future, some microchip registration databases will allow you to store your pet’s medical history while chips used in research laboratories transmit information such as an animal’s body temperature (i.e. horses and livestock).

When an animal is found and taken to a shelter or veterinary clinic, one of the first things done is to scan the animal for a microchip. About 50,000 scanners are out in the U.S. population.  If a microchip is found, and if the microchip registry has accurate information, the pet’s owner can be quickly contacted. According to Microchip ID Systems®, a study of more than 7,700 stray animals that made their way to animal shelters, only 21.9% of the time were dogs without microchips returned to their owners whereas dogs with microchips were reunited with their humans in 52.2% of cases. Injecting a microchip is not the end however, pet parents and caregivers must make sure to keep all information associated with the chip’s ID number, up-to-date. If you move, change your phone number or email, make it a priority to inform your microchip company at once.

Pee-Dee is a beautiful Pitbull who was dognapped from North Charleston and went missing for more than a month! Her ordeal took her all the way to Asheville, NC, where she was dumped by the people who stole her. Thankfully, the Asheville Humane Society found Pee-Dee, and because of a microchip implanted by Charleston Animal Society, Pee-Dee was reunited with her owner!

Some of the Most Common Microchip Brands

Many chip companies offer an alert system, so that once you report your pet missing, the information is broadcast to shelters and veterinarians in the area, multiplying the chance that your beloved best friend will be found.

Some pets are found quickly…

“We are not sure how Shadow got out of the backyard,” Pamela in Cartersville, Georgia recounted.  “My husband was mowing the yard when he realized Shadow was gone. We immediately began searching the area. Ten minutes later, my husband received a call from [AVID®] PETtrac, a Good Samaritan was holding Shadow. Shadow was still in our neighborhood and was safe!”

Gorgeous Tinkerbell, a female Mastiff, was spooked by Fourth of July Fireworks.  Her family searched for her for days to no avail, but a tourist spotted her injured and afraid in the Los Angeles River.  The LA Fire Department caught her and lifted her to safety, and Tinkerbell was reunited with her loving family, thanks to a microchip injected between her shoulders.

While other happily ever after stories, like Shawnee’s, take much longer.  The point is your pet has a better chance of finding his or her way back to you if they are chipped and if you register the chip and keep the information up-to-date.

To dispel concerns, there have been reports that mice and rats have developed cancer associated with implanted microchips, but keep in mind…the majority of these rodents were being used for cancer studies when the tumors were found, and the rat and mice strains used in the studies are known to be more likely to develop cancer in the first place. Tumors associated with microchips in two dogs and two cats have been reported, but in at least one dog and one cat the tumor could not be directly linked to the microchip itself (and may have been caused by something else). Close to 5 million animals have been microchipped so the benefits of microchipping your pet definitely outweighs the risks.

Although the month of May has been designated CHIP YOUR PET MONTH and August 15th each year is referred to as CHECK THE CHIP DAY, responsible and caring pet parents don’t wait for the calendar but get their pet chipped when adopted, register the chip, annually ask their vet to check the chip and update information any time they move or change their cell phone number. YOU, your pet’s advocate, so make sure you do all you can to keep him forever safe and by your side. 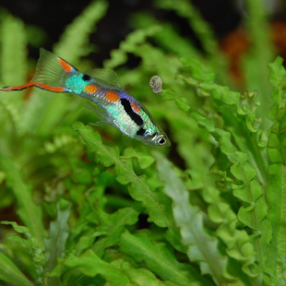 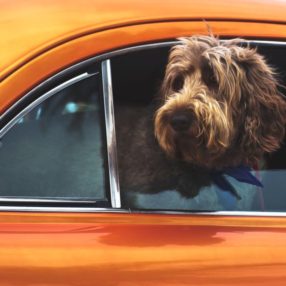 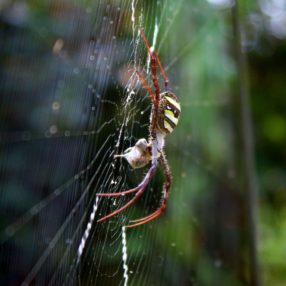 When the Bugs Bite 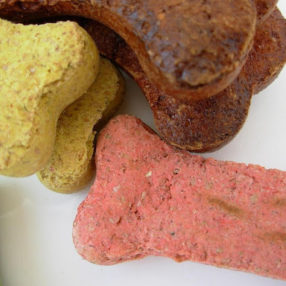 How do I start a dog bakery? A short guide

When the Bugs Bite

How do I start a dog bakery? A short guide 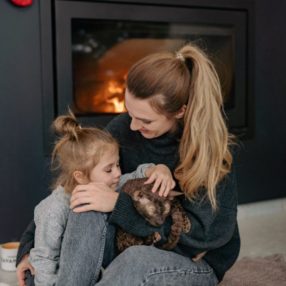 Be Kind to Animals Week: Learn How to Help When They Need You Most!