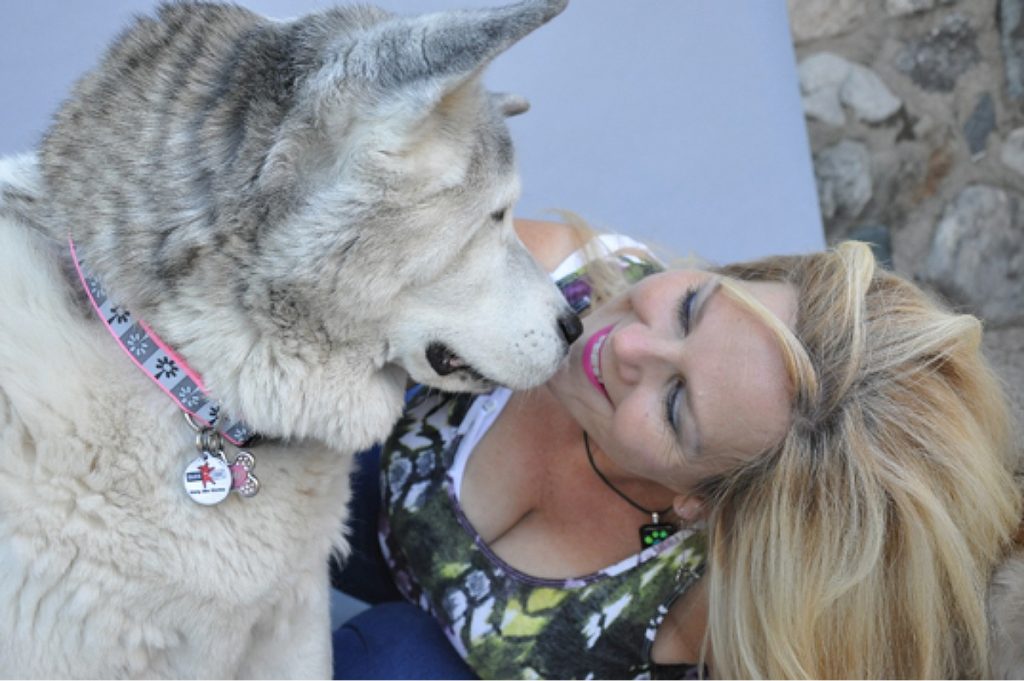 DENISE FLECK is an award-winning author & radio show host and animal care instructor who developed the curriculum for her Pet First-Aid & CPCR Classes after training with dozens of schools and organizations, practicing, attending seminars and practicing some more.  In 2018 she was named “Woman of Influence” by Pet Age, won the “Amy Shojai Mentor Award” from the Cat Writers Association, received the “Sleepypod Traveler Award” for her book on disaster preparedness and in late 2017…“Most Inspiring Story” by Voyage ATLanta Magazine!  She has personally taught more than 25,000 animal lovers life-saving skills and has appeared on Animal Planet’s Groomer Has It and Pit Boss, A&E’s Kirstie Alley’s Big Life, CBS-TV’s The Doctors, CNN Headline News, PBS-TV’s Lassie’s Pet Vet, “K9Corner” and KTLA Los Angeles as well as on radio and in magazines. She is honored and delighted to be Board President (since July 1, 2018) of The Grey Muzzle Organization as her soft spot lies with caring for senior dogs.

In 2016, Fleck created the Pet Safety Crusader™ to encourage super heroes of all ages to “Be the one who makes the difference in the life of an animal!” To give it wings (or a cape) she emBARKed on a new adventure…hosting Pet Safety Crusader Radio, a weekly talk and informational program that received the Cat Writers Muse Award!

Denise also created the curriculum for and for 6 years taught a 20-week course in Animal Care through the Burbank Unified School District for high school juniors and seniors at the Burbank Animal Shelter. “As the proud instructor, I hope one of my students will cure a debilitating debilitating canine disease or end animal homelessness, but if each student adopts a shelter pet (particularly a Senior), shares with friends the need for spay/neuter or never harms or judges a dog by his breed alone, I’ll still wag my tail,” she smiles.

Fleck’s books include her most comprehensive work, The Pet Safety Bible in conjunction with Pet World Insider; The Pet Safety Crusader’s My Pet & Me Guide to Pet Disaster PAWparedness; Quickfind Books’ Dog First Aid & CPR, Cat First Aid & CPR, How to Take Care of Your Dog or Puppy and How to Take Care of Your Cat or Kitten; Rescue Critters Pet First Aid for Kids and her award-winning Don’t Judge a Book by its Cover which received the Dog Writers Association of America’s Maxwell Medallion for Best Children’s Book and honors in the London Book Festival. The first sequel, Start Off on the Right Paw, continues the “do not judge” message and stresses the importance of proper dog-to-dog introductions. Denise has also won two other Maxwell Medallions, two Muse Medallions from the Cat Writers Association (including one for her Pet Safety Crusader Radio Show), Volunteer of the Year from the Burbank Police Department for her work at the Animal Shelter and has twice been a finalist as the Pet Industry’s Woman of the Year. She serves on the Board of the Emma Zen Foundation, a non-profit that supplies first responders with pet oxygen masks and also as President of the Board of Directors of The Grey Muzzle Organization, a not-for-profit that provides in excess of $400K annually to fund medical and other care for senior dogs, and $2 million since 2018.

Denise became interested in learning animal life-saving skills when her own Yellow Labrador (affectionately known as “The Sunny-dog”) ruptured discs in her spine and became immobile. This story has a happy ending however, with Sunny bouncing back from surgery and other difficulties to remain the happy and loyal refrigerator-opening companion of Denise and her husband. “Sunny’s misfortune compelled me to learn whatever I could should I again face a difficult situation with a dog or other animal,” explains Ms. Fleck. “Through volunteering at rescues and disaster training, I’ve encountered situations that continue to test, and hopefully improve, my skills, and each successive canine addition to the family has carved another pathway for me…writing, creating product and teaching children to respect animals.”

Prior to “going to the dogs,” during her 10 years at Paramount Pictures, Fleck worked on publicity campaigns, coordinated press junkets and supervised film premieres for some of the most successful projects in motion picture history, including GHOST, THE UNTOUCHABLES, the INDIANA JONES, NAKED GUN and BEVERLY HILLS COP sequels, CLUELESS and THE GODFATHER III. She led Paramount to win its first ever Maxwell Weinberg Showmanship Award for 1994’s “Outstanding Publicity Campaign” for FORREST GUMP and has handled press for Tom Hanks, Sally Field, Denzel Washington, Chris Farley, David Spade, Demi Moore, Patrick Swayze, Kevin Costner, Richard Gere, Johnny Depp, Winona Ryder, Alicia Silverstone, Paul Hogan, Jack Nicholson and Lassie among others. Prior to being a studio publicist, Denise worked in programming for WOFL-TV35 in Orlando, Florida and then at The American Center of Films for Children in Los Angeles. She attended the University of Southern California’s Film School and graduated Summa Cum Laude in Communications from Seminole Community College.

Denise currently resides OTP West Atlanta with her husband Paul and their best boy, Haiku, a rescued Akita. She has had the privilege of being Dog Mom to eleven and Cat Mom to one over the years, and each one has left a unique set of paw prints on her heart.