Labradoodle dogs are adorable. They come in 3 sizes and various shades of light beige to deep chocolate brown.  People love them because of their teddy bear-like look and sweet personalities.  If you are one of those humans who plan to bring a cute Labradoodle puppy into your life, then you might be interested in learning more about them.  There are different types and it is easy to get confused by differing terminology.

Labradoodles, also known as “designer dogs,” are bred from several dog breeds.  Generally, we assume a Labradoodle puppy is a crossbreed of a Labrador retriever and a Poodle.  In some case, that is true however, other breeds come in to play as does the degree of generation from the original breed.

In this article, we are going to compare the Australian Labradoodle Vs the Labradoodle so that you can make a wise decision in choosing the best furry friend for you.  As you dive in and do your research I’m sure you’ll decide that you love doodles as much as We Love Doodles.

WHAT IS THE DIFFERENCE BETWEEN THE AUSTRALIAN LABRADOODLE AND THE LABRADOODLE?

In contrast to this, Australian Labradoodles have a more complex lineage. They are a cross between six different parent breeds:

A Labradoodle can be F1, F2, F3, and multi-generation but it will posses both Labrador and poodle genes. Whereas Australian Labradoodles are all fifth generation or higher and may possibly have genes from other breeds.

Due to the different parental breeds and high generations of the Australian Labrador, there is quite a difference between Australian and standard Labradooodles including:

On the other hand, you will find little consistency in the puppies of standard Labradoodle. The crossbreed of Labrador and Poodle varies in size, coat type, and temperament. This variation increases and gets more complicated as you move to the second or third generations. The higher generation of a standard Labrador will look like a poorly bred Labrador and a Poodle.

2. AUSTRALIAN LABRADOODLES DO NOT SHED

Some Labradoodles may be ideal for  people who are allergic to pet dander but again,  it has to do with their breeding.  Although Labradoodles don’t shed as much as other breeds, they are not a hypoallergenic breed as they may be only a generation or two away from being a Labrador retriever.

Australian Labradoodles however, since they are further away from a Labrador’s gene pool, shed very little and are typically more compatible with allergy sufferers. Their coats do require professional grooming to keep them soft and mat-free.

When it comes to temperament, Labradoodles are great family dogs who are highly intelligent and quite lively.  Because of that, the require training and socialization along with an abundance of stimulating games to keep them from getting board and hyperactive. On the flip side, Australian Labradoodles are calmer in nature. This doesn’t mean they are lazy, but more controlled.  They are excellent family members if you have young children and take well to training.

IS IT A GREAT IDEA TO BUY OR ADOPT AN AUSTRALIAN LABRADOODLE?

You betcha!  Since they have a calm personality, they are a perfect family dog.  With low to no shedding they are suitable for allergic sufferers.  This stocky, yet graceful pooch, with soulful eyes is like a teddy bear with a big ol’ wagging tail which he’ll wag right into your heart and soul.  The Australian Labradoodle was bred for training and will enjoy spending time with you as he learns his manners. 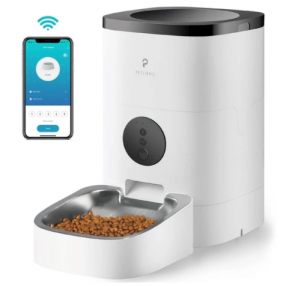 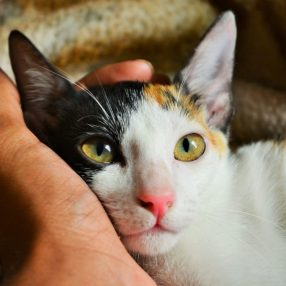 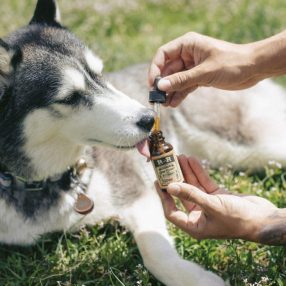